JHC&TFHotA have been compared to: Arcade Fire, New Pornographers, if they were fronted by Amy Sedaris, Fountains of Wayne if they sang about having sex instead of not having sex, a female-fronted Ween with “Brian Wilson-worthy harmonies,” the Waitresses, Zappa, and Sippie Wallace.

JHC&TFHotA members have, individually, played with Prince, Elton John, Elvis Costello, with the Metropolitan Opera Orchestra, under the direction of Leonard Bernstein, and on Broadway in numerous shows including Dirty Rotten Scoundrels, Wicked and in The Producers. Literary credits include plays, films, fiction in Vice, Purple Magazine, The Baffler, a Pushcart Prize, and the bestselling book Taxi Driver Wisdom. One member invented a beer called High & Mighty.

The New Yorker: One of 10 albums of the year worth a second listen. "Wry, thundering power pop!”

Tucson Weekly (Linda Ray): “In a perfect world, this would be the Saturday Night Live house band, and reason enough to start watching Saturday Night Live again...a collection of intelligently observant and wryly amusing pop/rock/punk takes on gender politics (read: sex and its complications), the state of the United States (especially Connecticut) and certain everyday characters and their quirks. All are set in fine musicianship, with Brian Wilson-worthy harmonies and imaginative arrangements.

The Village Voice (Robert Christgau): “RATED: A- “Some of the songs are funny, the rest very funny.”

Pop Matters (Jason MacNeil): “An odd blend of Sixpence None The Richer, Arcade Fire and New Pornographers if they were all fronted   by Amy Sedaris.”

No Depression (David Menconi): "Picture NRBQ with a metallic pop edge and an expanded horn section, fronted by a singer who looks a bit like Julia Louis Dreyfus, sounds a bit like Sarah Vowell and writes a bit like Amy Rigby only much nastier.

Trouser Press  UK (Ira Robbins): "Sardonic adult humor in music is amply illustrated by this entertaining New York octet (half of it being the Four Hornsmen, who add to, without ever overwhelming, the simple rock music with brass)."

No Depression: “Side-splittingly funny.” “Will completely rock your world.”

Idolator (Brian Block) "Because all of their songs are funny... it took me awhile to recognize their debut album as truly brilliant. But if suburban ennui can be art in the hands of the Stooges or the Replacements, if relationship dysfunction is a good enough topic for Bob Dylan or Big Star, if Lou Reed and the Rolling Stones are allowed to complain about weird girls and Talking Heads to celebrate the quirks of American culture, I see no reason why JHC&4HotA can't win awe for doing all the above while being just as emotionally on-target and, at the same time, as ridiculous as we know (in our wiser moments) the emotions themselves are." 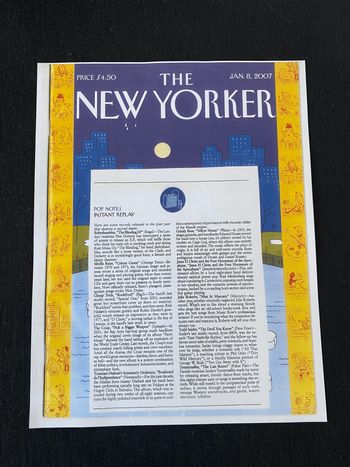 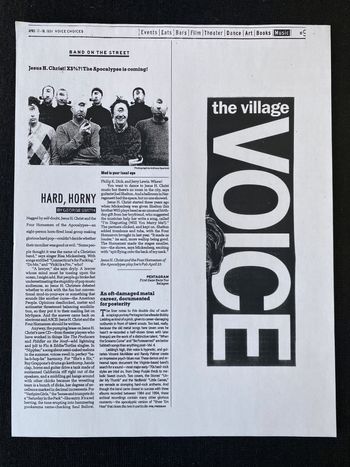 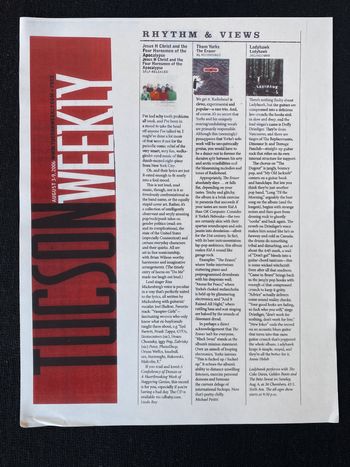 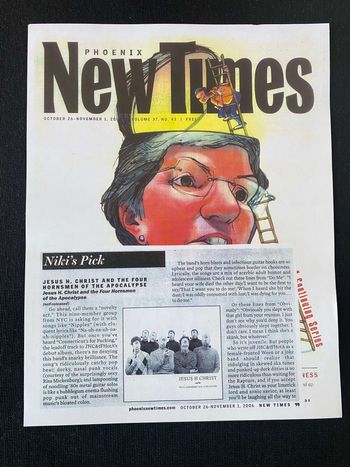 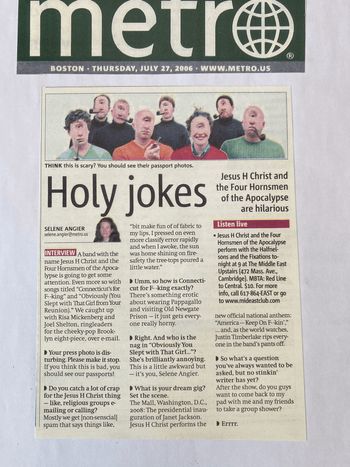 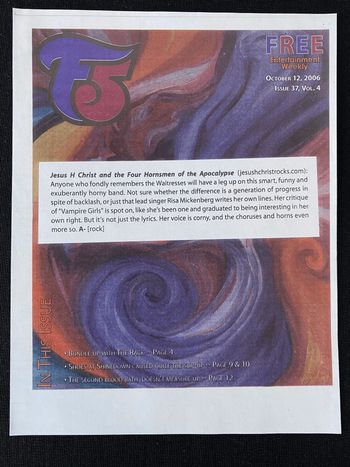 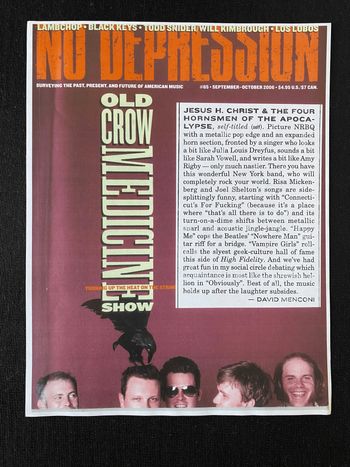 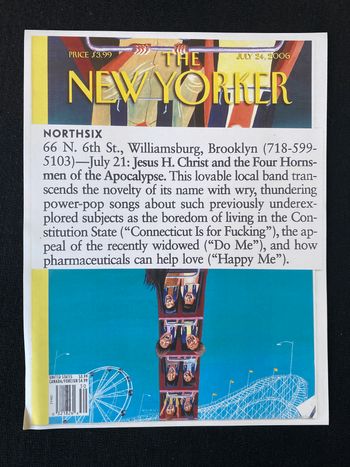 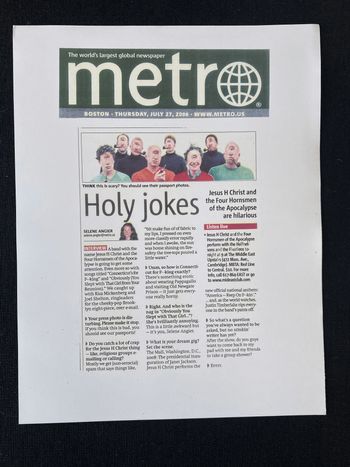 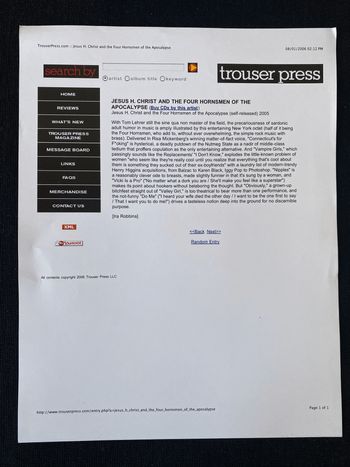 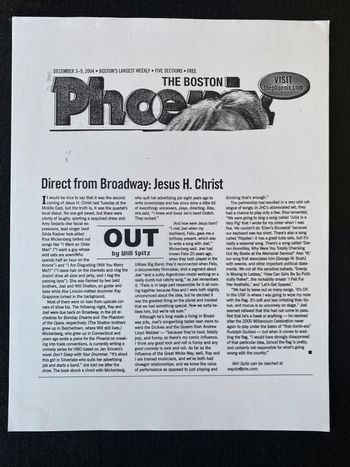 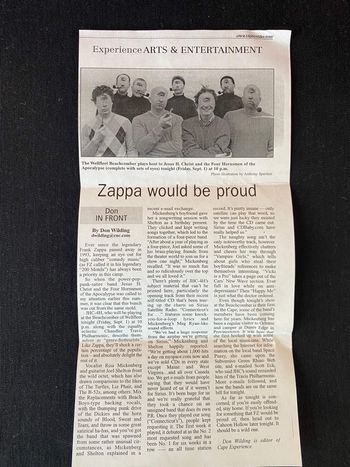 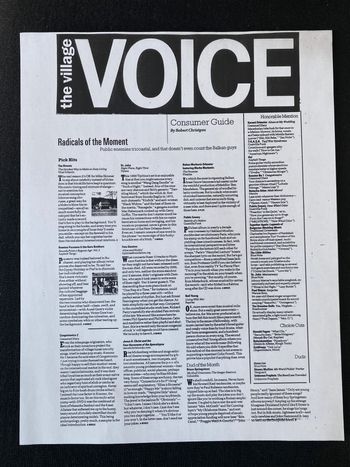